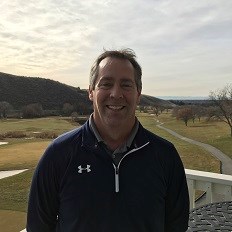 Troy Dykstra  has been the Head Golf Professional at Quail Hollow Golf Course since 2013.  Troy was introduced to the game of golf at Spring Creek Golf Course in Elko, Nevada. Troy turned professional in 1993 and in 1995 moved to Idaho to accept the Head Golf Professional position at Terrace Lakes Resort in Garden Valley.   He received his Class A PGA status in 1998, was nominated for the Rocky Mountain Section PGA Assistant Professional of the Year in 2006, and came to Quail Hollow as the Assistant Professional in 2001.  When he’s not in the Golf shop or instructing players, you’ll find him with his 2 boys and wife on the course or at the movies. He believes there are two ways to learn the game of golf. Teach yourself if you have lots of time and don’t necessarily care if you get any better, or you can seek some professional help and obtain tangible progress.  Troy has worked with players of all ages and abilities as a Golf Professional and is confident that with practice and simple, easy to understand instruction you can reach your playing goals. 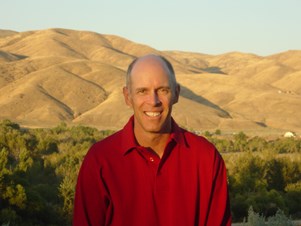 Jim Empey was a member of the University of Southern California’s Golf Team in the 1980's and turned professional in 1984. Jim has worked in the golf industry in a variety of ways ... as a college and tournament player, a college coach, a Club Professional and an instructor.  After competing on the Asian and Australian tours, Jim was the Head Coach for the Men's Golf Team at USC in the early 1990's before moving to Boise in 1997.

Jim has taught at Quail Hollow since 1998, and enjoys helping students obtain a better understanding of the game as well as enjoy the game more.  Jim has won the Rocky Mountain Section PGA Championship in 2007, 2011, 2013 and 2017, and has received the following awards:

Peter Nichenko is the Head Golf Professional at Warm Springs Golf Course. Peter received his Class A PGA Certification and was elected to full PGA Membership in 2006 and is a member of the Rocky Mountain Section of the PGA. Peter is responsible for the coordination of the eleven week junior camp provided in the summer months, as well as the adult group lessons offered at the course. In addition to providing golf instruction to people of all ages, Peter has extensive experience running and organizing golf tournaments such as the Boise City Championship, The AJGA Boise Junior Classic and the Father Russell Charity Scramble.

Prior to joining Warm Springs in 2000, Peter worked in the golf profession at courses in Tucson, Arizona and Willamette, Oregon.

Peter is a graduate of Boise State University, and was a member of the BSU Golf Team. Peter represented Idaho in the 2000 and 2006 Carter Cup Matches, qualified for the 2004 Taylor Made Assistants Championship, won the 1994 John Dropping Tournament and the 2002 Oregon 4A Individual State Tournament.

Peter will be teaching the one-day golf school at Quail Hollow in 2020.